Today we went to Tesco for the school voucher scheme presentation. . . 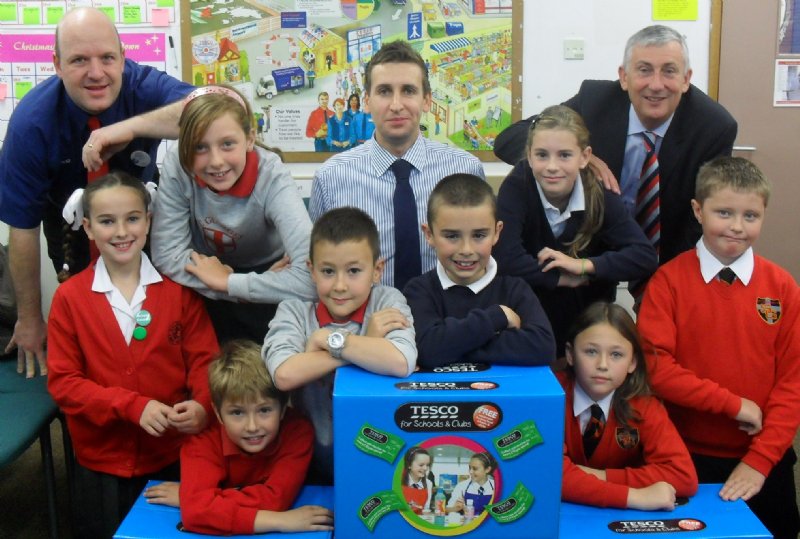 Two of our Y6 pupils, Georgia and James, went to Tesco as school representatives to be presented with a variety of goodies from the Tesco voucher scheme. Our main gifts, the Apple Mac and the Flip Video camera have already been received in school and well used on The PGL activity holiday. Four Chorley schools attended and the gifts were presented by the store manager, James, and our local MP, Lindsay Hoyle. The presentation took place upstairs, giving the pupils an opportunity to see 'behind-the-scenes' at Tesco. As well as receiving individual goodie bags, the pupils were also given a large box of sports equipment, art supplies and a programmable robot. The store manager, James, thanked the schools for taking part in this project which develops their community links.  Lindsay and the teachers thanked Tesco for their support and the equipment they have provided while the scheme has been running.  Georgia and James explained how they had used the Flip Video  and Apple Mac to record, edit and produce the PGL video which you can now see on our website.