Its official: we are the best in Chorley! Mrs Fothergill and her team of five gymnasts (Annabel, Callan, Scott, Isobel and Lucy) won gold at the Annual Primary Schools Y3/4 Gymnastics Competition set up by the SSCO (School Sports Coordinators). The event took place at Holy Cross gymnasium on Wednesday 11th May and the team will go on to represent Chorley at the Lancashire Youth Games on the 16th June.

There were seven teams participating. Each child had to perform a simple vault and floor routine in front of a panel of judges. The event was open to boys and girls from years three and four who do no more than two hours of gymnastics out of school. Our team of five got an outstanding combined score of 92.8. Over the next few weeks the children will be working hard in morning gym club polishing their routines. 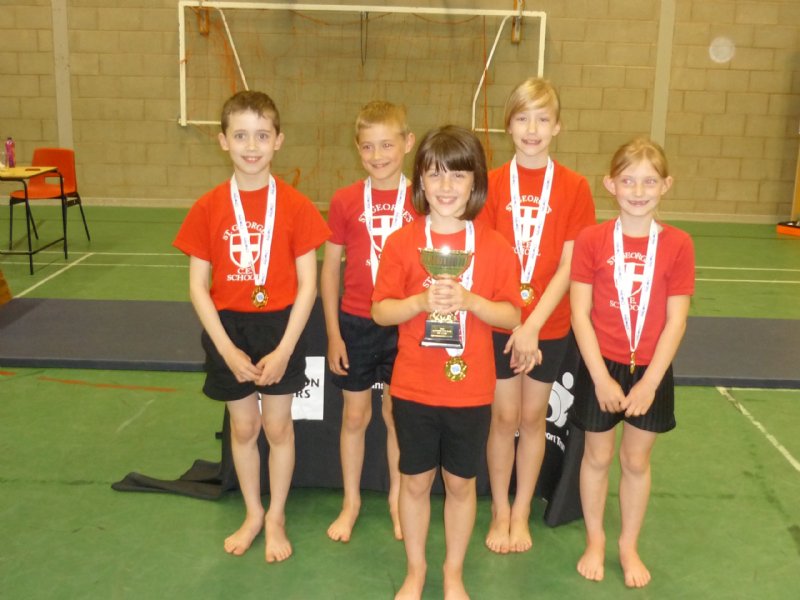 Additional photographs from the event can be found in Y4's photo album.